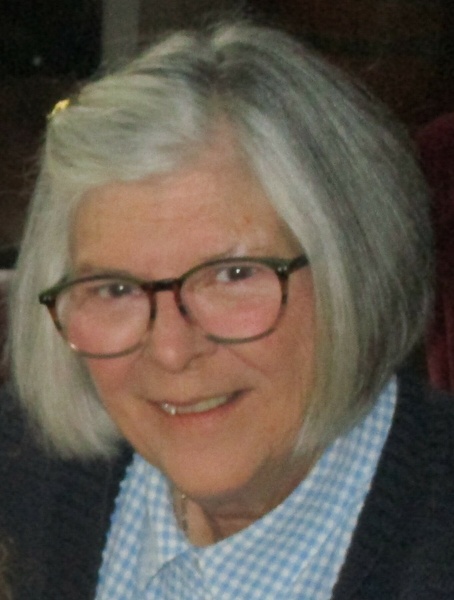 Carol Anne Rasmussen was born on May 6th, 1949 in Memphis, TN at what was then the largest inland Navy base in America. Because of her father being reassigned to new duty stations she grew up in many states including California, Maine, Florida, Minnesota, New York, Mississippi, Virginia, Louisanna and New Jersey.  She graduated from Cupertino High School, Cupertino CA in 1967.  Renee Montaigne, the future host of NPR's radio program Morning Edition, was a classmate and friend. After one semester at Humboldt State College she left and worked and lived in England, Stockholm, Sweden, San Francisco, and New York City.  She traveled in Europe and later spent 2 months in a hut in Guatemala. Carol loved fashion and was attending The Fashion Institute of Technology in NYC and working for the Committee for Human Rights at New York Hospital when she met Glenn Rasmussen, her husband of nearly 39 years. They met on jury duty.  They were married in Colmar, KY in 1982 by Glenn's father and had their first child, Nicolas, in 1983.  Shortly after that they moved to Ojai, CA where Glenn taught music at The Thacher School.  In 1986 they moved to Knoxville, TN where Carol enrolled in the School of Nursing at The University of Tennessee. While waiting for the start of her clinical rotations, the final phase of training for the BSN, Glenn got an offer to move to Rogersville, TN to take over a class of piano students.  They decided to take the offer and relocated. Their second child, a daughter Lillian(Lily)was born in 1989. Life in Rogersville unfolded and Carol took over the responsibility for home-schooling Nicholas for 2nd-4th grades.  She was a voracious reader with a wide range of tastes. She loved gardening. Plants, flowers, vegetables, strawberries, didn't matter what, they thrived under her care. She knitted and sold over 500 hats. Lately she was working on scarves. She worked at the H.B. Stamps library in Rogersville and was the bookkeeper for the Little Pumpkin Valley Food Co-Op.  She used to say, "The penny stops here!" She had a lifelong love of film, foreign and domestic. One of her happiest memories of childhood was of trooping off to the theater on Saturday morning to see cartoons and a double feature.Carol met and developed a good friendship with the "horse lady" of Rogersville who taught her to ride and care for the beasts.The family lived in Rogersville for 18 years.  Their son Nicolas enlisted in the United States Marine Corps in 2006.  In 2007 Carol, Glenn and Lily moved to Bradenton, FL where Lily attended the Bollettieri Tennis Academy and Carol worked as a landscape architect.  When the bottom fell out of the real estate market in 2008 Carol found a bulletproof job at the Sarasota County Property Appraiser's Office.  Through her diligence and sleuthing she recovered $17 million for the state of Florida from individuals who violated "homestead" exemptions. She became interested in Tai-Chi and attended classes regularly. In 2015 Carol and  Glenn retired and moved to Harrogate, TN where they lived quietly, especially after their son, suffering from PTSD after two tours of duty in Iraq, took his own life. Since then they have spent many hours sitting out back in the sun, watching the clouds and nature and wildlife...trying to heal and get over the pain.  She took responsibility for her niece's horse, Cutter, and walked back and forth to the barn each day to feed and water him.  Carol connected with a group of Tai-Chi enthusiasts in Morristown, TN and tried to attend at least once a week right up to the point when her T-9 vertebra crumbled from metastatic small cell cancer.  She passed on Friday, December 10th with Glenn by her side and Lily on the phone.  She is preceded in death by her father and mother, Vernon and Marjorie Saultz and by her son Nicolas Vernon Rasmussen.  She is survived by her step brother Richard Dayton and by her sister Patricia Gillings, both living in California. Also by her husband Glenn and daughter Lily, daughter-in-law Faith Rasmussen and 5 grandchildren; Kobe, Destiny Neveah, June and Jasper.

Claiborne Overholt is honored to be serving the family

To order memorial trees or send flowers to the family in memory of Carol Anne Rasmussen, please visit our flower store.