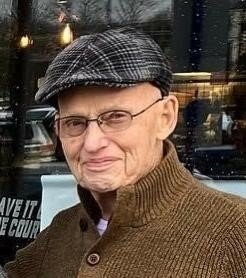 It is with great sadness that the family of Charles "Chuck" Edgar Tantlinger announces his passing on December 19, 2021.

He is finally at rest after having suffered for years with chronic pain.

Born on February 24, 1935, in Bedford, Ohio, to his parents Bernadine and Patrick Tantlinger, Chuck is a 1953 graduate of Maple Heights High School. He is a veteran of the United States Navy and served on the USS Forrestal, as part of the commissioning crew. Chuck worked at the Republic Steel Mill for many years, married his first wife Mary Patricia, and raised a family. He went on to work for United Airlines in the ramp/cargo department, retiring after 30 years.

Chuck re-married on March 10, 1990, to his loving wife Rhea Gail Tantlinger (Morrison); they were married 31 years.

Living in retirement in Sharps Chapel, TN, Chuck was a master craftsman and blessed many with his woodwork. If a picture was shown, an exact replica would be produced.

There will be a private family celebration of life. In lieu of flowers, donations can be made to homesforheroes.com or specialolympics.org.

To order memorial trees or send flowers to the family in memory of Chuck Tantlinger, please visit our flower store.