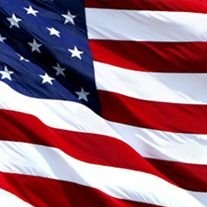 He was born in Middlesboro, KY.  He married his wife Wilma in 1965.

Mr. Cox became a member of the United States Army, 1st Cavalry Division bravely serving his country, fighting in the Vietnam War. After returning home he spent many years working for home health care.  He retired from Family Respiratory, formerly of Tazewell.     Mr. Cox professed his faith in God at a young age and was a lifelong member of the Miller’s Chapel Baptist Church, of Middlesboro KY, where he faithfully attended  and supported his church.  He loved his Lord, his family, and his country.  He will be greatly missed and remembered for his kind and gentle spirit, his love for others and his sense of humor.

And a host of nieces and nephews and many cherished friends.

Mr. Cox’s  life will be honored at a  graveside service which will be held at the Edwards Cemetery in Sharps Chapel on Tuesday at 3PM. Family and friends will gather at the Claiborne~Overholt Funeral Home to proceed to the cemetery.  Ted Hofer will officiate and Keith Sandefur will read the obituary.  Special music will be provided by Ginger Beason and Paige Campbell.  He will also receive military honors for his wartime service.

To order memorial trees or send flowers to the family in memory of Darrell Cox, please visit our flower store.