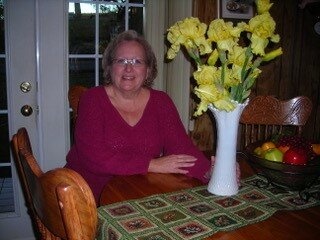 It is with great sadness that we announce the passing of Diane Vandergriff. She died on Wednesday, January 26, 2022, at the age of 68. She was born on December 6, 1953 to the late Don McBee and surviving Peggy McBee in New Tazewell, TN. Kathy Diane Vandergriff was a registered nurse who had a gift for serving others. She graduated from St. Mary’s School of Nursing in 1974. From there she began her 48 year long career in nursing, serving the majority at The University of Tennessee Medical Center. She loved her family more than anything, always making sure we did not go without. Putting others above herself was her main focus and her joy. Her natural gift was serving people and being an amazing “Mimi” to her grandchildren. Diane is preceded in death by her father, Don McBee. She is survived by: her children Alicia Pike (Greg) and Jeremy Vandergriff (Amanda); her mother Peggy McBee; her six grandchildren Cade, Caitlin and Cole Pike, and Chloe Mayfield, Cylas and Cara Vandergriff; and her brother David McBee (Sharon). Services will be held on Tuesday, February 1, 2022 with a graveside service at 2:00 pm at Thompson Chapel Cemetery in New Tazewell, TN. She was a beloved daughter, sister, mother, grandmother, cousin, aunt and friend.

To order memorial trees or send flowers to the family in memory of Diane Vandergriff, please visit our flower store.