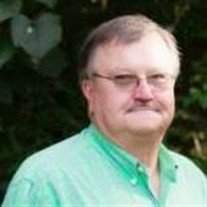 Mr. Gary Stephen Watson age 67 of New Tazewell, TN was born September 20, 1949 and passed away November 27, 2016 at the Claiborne Medical Center. He went to work at Ball Hardware in 1976, where he worked until his retirement. He enjoyed farming, sports, live music, rooting for the Vols, and spending time with his kids and grandkids. He'll be remembered for his sense of humor, compassion, and putting his family before everything else. He was preceded in death by his: Parents: Carl and Mildred Watson Wife: Elizabeth "Libby" Malone Watson Brother: Terry Watson He is survived by his: Children: Chad Watson and wife Becky of The Woodlands, TX Tara Laine Watson and husband Dr. Ben Young of Goodlettsville, TN Andrew Watson of Knoxville, TN Step Daughters: Melinda Harris and husband Chris of New Tazewell, TN Annie Weed and husband Scott of Marietta, GA Grandchildren: Adrien Watson, Bella Watson, Norah Watson and Haleigh Watson Step Grandchildren: Caroline Weed, Catherine Weed and Savannah Harris A host of other loving relatives and friends. The family will receive friends Tuesday, November 29, 2016 from 5PM until 7PM at the Claiborne-Overholt Funeral Home. Graveside services will be conducted Wednesday at 10AM in the Fairview Cemetery with the Rev. Eddie Overholt officiating. Claiborne-Overholt Funeral Home is honored to be serving the family.
To order memorial trees or send flowers to the family in memory of Gary Stephen Watson, please visit our flower store.