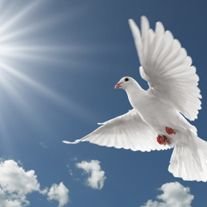 Mrs. Hazel Almeda Summers age 92 of New Tazewell, TN was born May 20, 1923 and passed away October 28, 2015 at her home with her loving family by her side. She was a member of Grace Missionary Baptist Church and was also a member of the Eastern Star Lodge in Lewisport, KY. She was preceded in death by her: Parents: T.A. and Lucy (Fortner) Cox Husband: Fred Witt Summers Daughter: Johnnie Cox Son: Roger Dale Summers Sisters: Alma Dickens and Ima Duncan Brother: Jimmy Cox She is survived by her: Son: Hollis Fay Summers and wife Lucretia of Luttrell, TN Grand Daughter who was reaised as a daughter: Cindy McGeorge and husband Rick of New Tazewell, TN 9 Grandchildren 14 Great Grandchildren 15 Great-Great Grandchildren Sister: Vivian Taylor of Helena, AL Serveral nieces, nephews and a host of other loving relatives and friends. The family would like to extend a special thank you to Suncrest Home Health and Hospice for all of their love, attention and comfort during Hazel's last days. The family will receive friends Friday, October 30, 2015 from 5PM till 7PM with funeral services to follow at 7PM in the Claiborne-Overholt Funeral home Chapel with the Rev. Charlie Widner officiating. Music will be provided by Grace Baptist Church Singers. Graveside services will be conducted Saturday, October 31, 2015 at 10AM in the M.C. Keck Cemetery. Pallbearers: Roger Summers, Donnie Cox Jr., B.J. Cox, Chris Rosenbalm, Tommy Rosenbalm, Tim Summers, James Summers and Fred Summers Claiborne-Overholt Funeral Home is Honored to be serving the family.
To order memorial trees or send flowers to the family in memory of Hazel Almeda Summers, please visit our flower store.