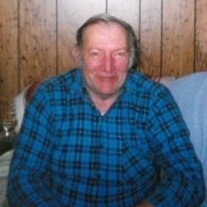 Mr. J.E. Collins age 78 of Thorn Hill, TN passed away November 28, 2013 after a hard battle with cancer. J.E. was of the Baptist faith and was a veteran of the U.S. Army. He loved to hunt and fish and always had a joke. He was preceded in death by his: Parents: James Nelson and Margaret (Monk) Collins Brothers: Bern Collins and Doyle Collins Nephews: Toby Lighty and Ryan Collins Sister-in-Law: Shirley Collins He is survived by his: Sisters: Joan Hayes, Zane Collins, Nell Dearth, Patty Lighty, and Debra Ryan Brothers: Jerry, Ed, and Eldon Collins And a host other loving relatives and friends. The family will receive friends Sunday, December 1, 2013 from 12PM until 2PM at the Claiborne-Overholt Funeral Home with funeral services to follow at 2PM in the Claiborne-Overholt Chapel with the Rev. Randy Beeler and the Rev. Terry Dalton officiating. Burial will follow in the Mt. Pleasant Cemetery. Claiborne - Overholt Funeral Home in charge of arrangements. www.claibornefuneralhome.com
To order memorial trees or send flowers to the family in memory of J.E. Collins, please visit our flower store.