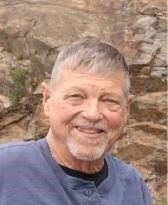 George "Mac" McNicol Brown passed away on Saturday, July 11 in the year of our Lord2020. Mac was born on April 27, 1946 to George Melville Brown and Margaret Constance McNicol Brown in Cambridge, Massachusetts. He was raised in Ormond Beach, Florida along with his sister Barbara Vaughn of Oakland, California who survives him. He was educated at Munson Academy and matriculated into Norwich University in 1964, where he became an indelible part of a brotherhood that extends to this day. At Norwich he was a trumpet player and accomplished soloist in the Norwich Regimental Brass Band under the baton of Major Jon Borowitz,and also played as a student musician in the Vermont Philharmonic. His college years were interrupted by the Vietnam War in which he served as a tank commander with the A Troop, 3rd squadron, 5th Calvary. He was awarded the Bronze Star and Purple Heart for his sacrifice. On June 15, 1968, he married his sweetheart Juanita in Montpelier, Vermont. His marriage, now over 52 happy years, brought forth a daughter Jennifer of New Tazewell, Tennessee and a son, Scott of Wichita, Kansas as well as 2 grandchildren, Tessa and Rogan. Following service in Vietnam, Mac completed his BS degree in accounting at Florida Technological University, now known as University of Central Florida, and eventually established his own accounting and tax service, Doctors Financial Management Group, situated in Maitland, Florida. He supported his wife's ambition, caring for the then young children, so she could attend osteopathic medical school in North Miami Beach, Florida. He enjoyed attending his daughter's basketball games and taking his son bass fishing. In addition, he took them to the range to learn how to shoot black powder rifles. Along the way, he managed to improve and perfect his golf game to where he achieved the level of "scratch golfer". He helped his son build a Shelby Cobra replica, which he loved to drive, and they raised a barn that was the site of many festivities. Mac truly excelled at all the things to which he turned his focus. In the early years of his marriage and professional life he more fully realized the total love of God and allowed the joy and reassurance of that message into his already big heart. The prosperity he earned in his professional years as an accountant resulted in a lovely home and wonderful next-door neighbors, the Pham family, who had managed to escape Vietnam and make their way to America for a better life. Mac was a special neighbor to that hard-working family and took their son Hieu under his wing, feeling he had found a "second son". Hieu also matriculated into Norwich and its ROTC program. He completed his degree at the University of Central Florida and earned his wings as a jet fighter pilot October 26, 2018. In 2014, Mac and Juanita moved north to Tennessee in support of Juanita's professional interests at LMU DCOM. Mac continued to make friends all the while staying in touch with his lifelong friends. His energy, enthusiasm, sense of humor and attention to detail made him a uniquely magnetic persona which sometimes included a good cigar, Harley-Davidson motorcycle rides, with ever-expanding appreciation for his country and, on occasion, barbecue pork and excellent bourbon. Over the past several years Mac was challenged by failing kidneys and other health issues related to the exposure to Agent Orange while in Vietnam. Although he was determined to win the fight of his life, the added health issues caught up with him. He was courageous and faithful to the end, showing a true measure of grace drawn from undying faith which had served him and others so well. He is survived by his wife, sister, children and grandchildren. A celebration of his life is planned for July 31, 2020, at 11 AM. Arrangements are being made by Claiborne-Overholt funeral home, New Tazewell, TN. In lieu of flowers, please send any donations to the Central Florida Children’s Home in Orlando, FL.
To order memorial trees or send flowers to the family in memory of "Mac" Brown, please visit our flower store.