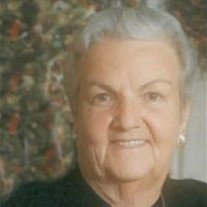 Mrs. Mary Elnora (Large) Cheatham age 84 of Tazewell, TN was born March 9, 1932 and passed away January 16, 2017 at the Claiborne Medical Center. She grew up attending Duncan's Chapel Baptist Church and later became a member of Chittum's Chapel Baptist Church. Nory was a homemaker, farmer, seamstress, factory worker, and teacher's aide during her lifetime, in addition to being a loving Mom and Mamaw. She made a difference in the lives of many Claiborne County students. She was an excellent cook and was "famous" for her corn, mashed potatoes and German Chocolate Cake. Nory loved to write poetry and some of her poems were published. She enjoyed volunteering at the Hunger Ministry, meeting her friends at McDonalds, traveling, and reading, as she read at least 150 books a year. She was the youngest of 13 children of Cyrus Lee and Mary Elizabeth Large. She was preceded in death by her three brothers: Costal, Overt and Vandell. Sisters: Zula Mae, Thelma, Atlee, Faye, Martha Lou, Lois, and Gladys. At the age of 18, she married McKinley Cheatham and they were married for almost 58 years before his death in 2008. Nory is survived by her three sons: Dennis (Cathie) Cheatham of Knoxville, TN; Michael (Debbie) Cheatham of Tazewell, TN; Keith (Rita) Cheatham of Morristown, TN Three Grandsons: Tony (Carissa Stolting) Cheatham of Nashville, TN; Danny (Sarah) Cheatham of Knoxville, TN; Cole Cheatham of Morristown, TN. One granddaughter: Sarah Cheatham of Tazewell, TN; one great grandson, Miles Cheatham of Knoxville, TN. She is also survived by two Sisters: Mildred (Bill) Finger of Maryville, TN; Eunice Derreberry of New Tazewell, TN; Sister-in-Law, Jewell Shumate of Kingsport, TN; as well as many beloved nieces, nephews and friends. The family would like to extend a special thank you to Dr. Patel and the staff of Claiborne Medical Center for all of their loving care. The family will receive friends Wednesday, January 18, 2017 from 5PM until 7PM at Claiborne-Overholt Funeral Home. Funeral services will be conducted 11AM Thursday in the Claiborne-Overholt Funeral Home Chapel with the Rev. Reggie Large officiating. Music will be provided by Janice Derreberry. Burial will follow in the Fairview Cemetery. Pallbearers: Tony Cheatham, Danny Cheatham, Cole Cheatham, W.T. Williams, David Klinger and Ray Rowe In lieu of flowers the family asks that donations be made to the Claiborne Hunger Ministry 211 Montgomery St. Tazewell, TN 37879. Claiborne-Overholt Funeral Home is honored to be serving the family.
To order memorial trees or send flowers to the family in memory of Mary Elnora Cheatham, please visit our flower store.