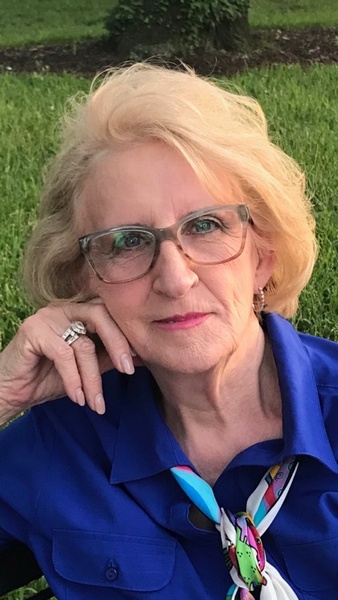 She attended Claiborne County High School marrying her high school sweetheart, Jerry Venable, on October 23, 1960 at the age of 16. Mary Lou was saved at an early age at Midway Baptist Church and was a member at Tazewell Baptist Church.

In the early years, Mary Lou was an active member of the Tazewell/New Tazewell Jaycettes, serving as President of the local Chapter in 1971 and then a Regional VP. Mary Lou worked tirelessly in community projects to include the early years of the First Baptist Church of New Tazewell Bus Ministry, serving many years as the Claiborne County Chair for the March of Dimes and working with the Claiborne County Fair Association.

After graduating from LMU, she enrolled in the psychology master’s program at the University of Tennessee, Knoxville. As fate would have it, Mary Lou directed her attention to managing the local Buck Stove business in Tazewell, soon to purchase it. The family business, Venable Buck Stoves, grew into additional retail centers and a wholesale distributorship in TN, KY, VA, and GA from 1977-1987. He husband joined her in the family business growing it to the largest in the country.

Mary Lou was also instrumental in Venable Brother’s Men’s Shop in Middlesboro, KY with her husband Jerry, and brother and sister-in-law, Eddie and Brenda Venable. She helped her daughter Elaine at Elaine’s Bridal Boutique.

In 1983 Mary Lou was introduced to network marketing, she quickly rose thru the ranks of A. L. Williams to Senior Vice President, breaking all records to promote to Regional Vice President in the insurance and investment sector. Mary Lou also was a licensed stockbroker. She received many recognitions for her outstanding leadership.

Mary Lou developed a love for networking and the many people it gave her an opportunity to meet and build longstanding relationships with; other companies she worked with include Nu Skin International and Rexall Showcase International. While with Rexall, Mary Lou was the first female 10 Star Presidential Director and the first female to serve on the RSI Advisory Board.

In 1996, Mary Lou joined her husband and daughter at Clayton Homes in sales and retail land construction.

Mary Lou enjoyed business and traveling near and far but her greatest joy was being with family and friends, including childhood friends and classmates. She and Jerry always welcomed their nieces, nephews, and all of their friends. Their home was open to all for a meal, fellowship, game nights, and a place where everyone would feel at home. Mary Lou loved her neighbors and friends throughout her life.

The family expresses sincere gratitude to Dr. Neil G. Barry, III, Dr. Neil G. Barry IV, and their office staff for the love and care shown to Mary Lou. Claiborne Medical Center and Claiborne Health and Rehabilitation Center were exceptional to Mary Lou, providing comfort and loving care to her and the family.

Mary Lou is SURVIVED BY:

Mary Lou leaves many cousins, other relatives, and friends to mourn her passing.

PRECEDED IN DEATH BY:

The family will receive friends from Noon until 3 PM, Sunday, May 15, 2022 at Claiborne Overholt Funeral Home, New Tazewell, TN. Funeral services will follow at 3 PM in the Claiborne Overholt Funeral Home Chapel with Reverend Bill Duncan and Reverend Eddie Overholt officiating. Irving Gipson will provide music. Pianist will be Bruce Messer. Graveside service will follow the service on Sunday, May 15, 2022 in the Fairview Cemetery with Reverend Tyler DeBusk.

To order memorial trees or send flowers to the family in memory of Mary Lou Venable, please visit our flower store.