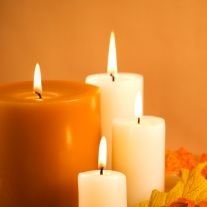 Mary Bryan “Cissy” Payne Stanifer was born on January 2, 1946 in Claiborne County, probably at least the 5th generation of Payne’s to live there. She was the third child, and only daughter, of John Howard Payne of Lone Mountain, TN, and Mary Ellen Bryan, of Arlington, TN. She grew up in Lone Mountain with brief stents in Beverly Hills among other places.

She graduated from the Lone Mountain School and Claiborne County High School, one of the few women to study advanced math and physics at that time. She then matriculated at Lincoln Memorial University and eventually transferred to East Tennessee State University. While at LMU, she met her future husband, Larry Alan Stanifer, whom she married in 1970 upon his return from the Vietnam War.

After graduating from ETSU, she began her 42 year career in teaching. She initially taught high school English, but eventually moved back to Claiborne County where she began teaching computers and was the Vice Principal of Soldiers Memorial Middle School. Many of her students will remember her class from getting to play the Oregon Trail.

She continued her education, obtaining a Education Specialist Degree from Tennessee Technological University.

In the early 1990’s, as the internet became commercially available, she took the opportunity to become the first Technology Coordinator for the Claiborne County School System. She single handedly oversaw the installation of the entire internet infrastructure for the school system and continued to maintain it until her retirement, a singular achievement.

She was a lifelong member of the Lone Mountain United Methodist Church where she was the song leader for many years.

She was the mother to Bryan Payne Stanifer, her only child and a cardiothoracic surgeon at Columbia University/New York Presbyterian Hospital in New York, NY. His success was her greatest pride. She found new joy with the birth of her granddaughter Fiona Bryan Stanifer born 2014.

She was a brilliant, hard working woman who selflessly loved her family and her friends. She loved to spend time outdoors and with her pets. She always felt there was nowhere more beautiful than East Tennessee. She will be greatly missed.

The Stanifer family would like to thank the second floor staff of Claiborne Health and Rehab Center and the Appalachian Dialysis Center for their care of Cissy.

In lieu of flowers the family would like to have donations made Lone Mountain United Methodist Church. In care of Loubirdy Arnwine 166 Lynch Lane New Tazewell.

The Family will receive friends Thursday, December 6, 2018 from 5 PM till 7 PM in the Claiborne-Overholt Funeral Home Chapel.

Funeral Services will be conducted   Friday, December 7, 2018 at 11 AM in the Claiborne-Overholt Funeral Home with Rev. Sam Reece officiating. Music will be provided by David Painter. Burial will follow in the Payne Cemetery.

~Claiborne-Overholt funeral home is honored to be serving the family~

To order memorial trees or send flowers to the family in memory of Mary Cissy Stanifer, please visit our flower store.