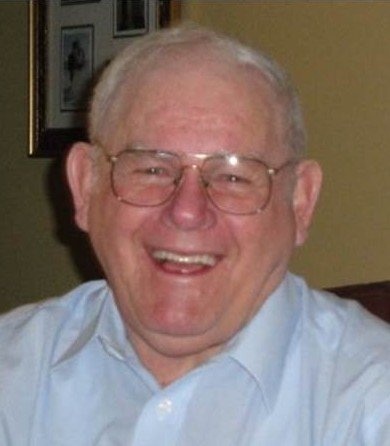 Rev. Jacob Leroy Beeler, (Jake), was born September 15, 1933, and passed away on June 13, 2019, after a long and hard fight with cancer.   He was 85 years young. He professed his faith in Jesus Christ at an early age and was active in church his whole life, currently a member of Thompson Chapel United Methodist Church.

After graduating high school, he worked farming and later as a carpenter.  He served in the United States Army in England and Germany.  After his term, he began selling and installing custom kitchen cabinets.  He later began working in the recreational vehicle industry until he retired.  In retirement, he found his true calling and served as the pastor of Thompson Chapel United Methodist church for twelve years. He loved meeting and talking to people.  He served the community he loved by participating on various civic functions such as the Election Commission, the Equalization Board, and the Farm Bureau.

In his spare time, he enjoyed fishing, hunting, gardening, and cooking.  He said his best days were spent on the lake with a fishing rod in his hand.  Those days, he said, he felt the closest to the Lord.  Even when sick and fighting cancer, he said, “life is wonderful and I have a wonderful life”.

Visitation will be at Claiborne Overholt Funeral Home on Sunday, June 16, 2019, from 4:00-7:00pm.  The funeral will immediately follow at 7:00pm with Rev. Bill Duncan officiating. Piano music by Stephanie Cole. Graveside services will be Monday, June 17, 2019, at 10:00 am at Fairview Cemetery in New Tazewell, TN with the TriState Honor Guard ceremony.

To order memorial trees or send flowers to the family in memory of Rev. Jacob Leroy Beeler, please visit our flower store.