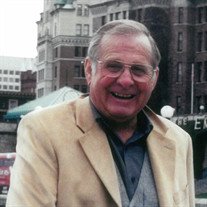 Mr. Robert Letton Bush age 78 of New Tazewell, TN was born January 6, 1937 and passed away December 10, 2015 at his home. He made a profession of faith in Christ at an early age. In 1958 Letton became involved in the furniture business selling bedroom furniture off of a truck for Morristown Chest. In 1963 he opened a furniture store which his family operated for a few years. In 1970 Letton, along with his brother Hollis, began Bushline Manufacturing, producing upholstered furniture in an old general store building in Lone Mountain, Tennessee with about 6,000 square feet of floor space that has grown into the current facility. In the late eighty's, Letton and his brother opened a upholstery manufacturing plant in Mexico which he ran until the mid-nineties. He was one of the founders of Fannon Cable TV, the first cable company in this area. He retired in the year 2000. Since his retirement from Bushline Manufacturing he has been involved in several different business endeavors. He was preceded in death by his: Parents: Kyle & Madge (Fannon) Bush Brother: Luther F. Sutton Sister: Mary Lee Hurst He is survived by his: Brother: Hollis Ray Bush Sisters: Christine Carpenter & husband Lloyd Eula Bundren Nieces & Nephews: Priscilla (Hurst) Bush & husband Lynn Dr. Gary Edward Bush & wife Mildred Luther Allen Hurst & wife Juanita Angela Barnard & husband Rudy Stanley Eugene Bundren & wife Karen Rebeccca Zimney & husband Thomas Special friend: Bonnie Jo Bush Step Sons: Charles Edward Russell & wife April Bobby Russell & wife Marsha A host of great nieces, great nephews, and other loving relatives and friends. The family will receive friends Monday, December 14, 2015 from 5PM till 7PM with a Celebration of Life to follow at 7PM in the Claiborne-Overholt Funeral Home Chapel with Dr. Gary Edward Bush and Stanley Eugene Bundren officiating. Music will be provided by David Painter and Barbara Hatfield. Claiborne-Overholt Funeral Home is Honored to be serving the family.
To order memorial trees or send flowers to the family in memory of Robert Letton Bush, please visit our flower store.